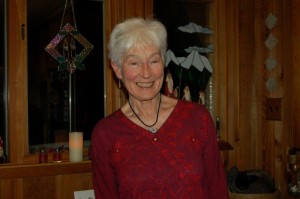 Over fifty Quebec medical doctors have made an urgent appeal to the Quebec College of Physicians to take action regarding the refusal of the Quebec government to heed the clear and unanimous demand of Quebec’s medical authorities to not finance the Jeffrey mine.

A consortium of anonymous foreign investors have asked the Quebec government for a $58 million loan guarantee so that the consortium could open a new underground asbestos mine and export 5 million tonnes of asbestos to Asia over the next quarter century. The government’s decision is expected by mid-January. The Quebec trade union movement is lobbying for the government to give the financing.In a letter sent January 6, the doctors ask, as a last resource, that the Quebec College of Physicians get involved in this public health crisis, as is required by the College’s mission “to take position in debates of concern to the public regarding public health.”

The letter and accompanying documentation are available (in French) on the following websites:

The Quebec Minister of Health, Dr Yves Bolduc, has rejected the repeated demands of doctors in Quebec and around the world, and even a request from the Quebec National Director of Public Health, that, as a medical doctor and as Minister of Health, he should fulfill his duties to protect public health. Dr Bolduc continues to support the use and export of asbestos, claiming that it can be “safely used.”

In their letter, the doctors ask for an urgent meeting with the President of the Quebec College of Physicians, Dr Charles Bernard.

In three Annexes to their letter, the doctors provide overwhelming evidence of:

1) The ways that the Quebec government’s pro-asbestos policy is harming the health of the population of Quebec and populations in the developing world.

2) The efforts made by health experts who have repeatedly for more than a year called on the Minister of Health and the Quebec government to recognize the clear science and to stop promoting the use of asbestos. All these efforts have been rejected and the minister and the government have refused even to meet the health experts.

3) The extensive public debate taking place in Quebec over protection of health, the irresponsible policy of the Quebec government promoting increased use of asbestos and the imminent decision as to whether to give financing which would lead to another generation of asbestos export by Quebec.