The people’s protest against the construction of asbestos factory on fertile agricultural land in the densely populated area of Chainpur-Vishunpur village under the Marwan blocin Muzaffarpur district in Bihar has added a new chapter in mass movement. The lesson regarding asbestos in textbooks helped the people to become aware of the hazardous aspects of asbestos; as a result they decided to protest the construction by forming an instrument of protest, ‘Khet Bachao Jiwan Bachao Jan Sangharsha Committee’. Fearing the intensification of the protest, the administration as well as the factory owner started suppressing the movement. Two important leaders — Tarkeshwar Giri and Kumud Ram — were put behind bars. Police used batons, teargas shells and opened fire on the peaceful agitators on three times while injuring dozens of people — including women. After the brutal lathi charge and firing on 22 January, 2011 the govt of Bihar was compelled to pass an order to stop the construction work. But still the govt policy has not been declared to prohibit asbestos factories.

Download and view a letter sent to the Sub Divisional Officer (SDO) of Muzaffarpur West, in which arguments are advanced in favour of the movement and about the hazardousness of the asbestos factories in the vicinity of the densely population on fertile agricultural land. 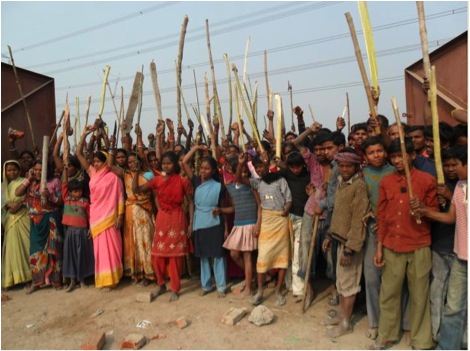 Protest of villagers at the factory gate after the firing on13th December 2010. Photo courtesy of Rajkumar Chaudhary. 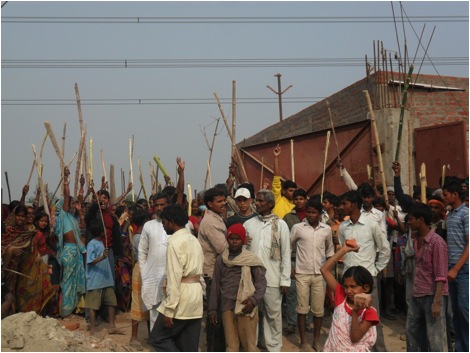 Expression of anger after the firing on 13th December 2010. Photo courtesy of Rajkumar Chaudhary. 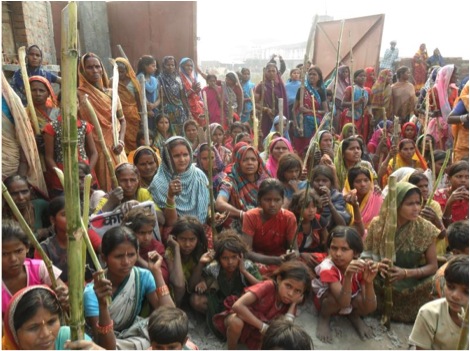 Women are protesting at the factory gate after the firing on 13th December 2010. Photo courtesy of Rajkumar Chaudhary.