“Mesothelioma deaths reported to the WHO increased twofold in 15 years” by Dr. Vanya Delgermaa 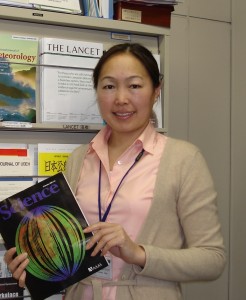 Our paper entitled “Global mesothelioma deaths reported to the World Health Organization (WHO) between 1994 and 2008” was recently accepted by the Bulletin of the WHO and published online (http://www.who.int/bulletin/online_first/11-086678.pdf)

The overall mortality rates of reported mesothelioma were less than 10 deaths per million indicating that the disease is still rare. However, age-specific mortality rates increased steeply with age, to exceed 100 per million (1 per 10,000 subjects) in elderly males. More importantly, mortality rates increased significantly over time when a log-linear trend in age-adjusted mortality rate was assumed. This means that mortality is rising exponentially. The calculated annual change of around 5% corresponds to a more than twofold increase during the 15-year period. We discussed that this should be a combined effect of improved disease recognition and a real increase in disease incidence.

In support, ADAO issued a press release titled “ADAO Applauds University of Occupational and Environmental Health of Japan, for Their Accepted Paper in the Prestigious Bulletin of the WHO – Paper Reports Mesothelioma Deaths Increased Twofold in 15 Years”