Asbestos Conference October 23 and 24 in Brussels by Eric Jonckheere 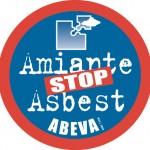 ABEVA and IOTA Asbestos Conference – Sunday, October 23 at the Bozar Palace in Brussels

NEW Please email your asbestos victims’ photos on the wall of the Palais of Justice in Belguim by October 22, 2011

I am pleased to inform you that Association Belge des Victimes de l’Amiante Asbest in Belgiё: Vereniging van Asbestslachtoffers (ABEVA), in cooperation with IOTA production, is organizing a conference on asbestos on Sunday, October 23 at the Bozar Palace in Brussels.

As previously announced, the court case brought against Eternit by Françoise Jonckheere is to begin on Monday, October 24 at 8:30 am at the Palais de Justice in Brussels.  It is the very first court case involving an environmental victim against Eternit in Belgium.

After the afternoon is devoted to speaking and exchanges amongst the participants, the film “Dust” will be previewed at 19:30. The firm depicts the daily lives of and outcry from victims of asbestos in Casale, Italy.  It is also a record in the trial image of 1,600 plaintiffs against two leaders of Eternit Italy.

Representatives and victims from Italy, France, and Britain will join us for the occasion. The Italian producers will also be present.