AFEVA: THE ETERNIT TRIAL: THE DEFENSE IS GIVEN LEAVE TO SPEAK 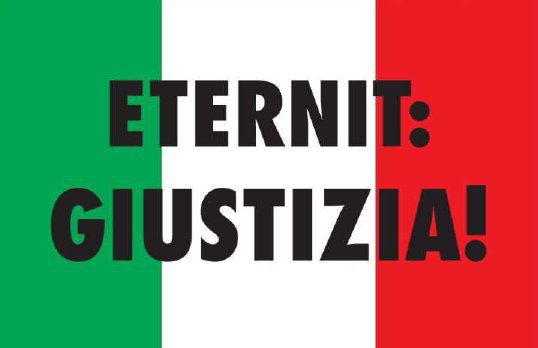 On the 26th and 27th of September, the hearings of the Eternit trial in Turin against the Belgian Baron Louis de Cartier de Marchienne and the Swiss tycoon Stephan Schmidheiny, those most responsible for the atrocities and now charged with environmental disaster, will be resumed. The Public Prosecutor, Raffaele Guariniello, with the Deputy Public Prosecutors, Sara Panelli and Gianfranco Colace, did his final address last July 4th, requesting 20 years’ imprisonment for both defendants. The plaintiff’s lawyers finished their final address on July 18th, representing the 3,000 victims and ill people, the workers and citizens of Casale Monferrato, Cavagnolo, Rubiera and Napoli.

From the 26th September, it’s the defense’s turn to make their conclusions public. We’re expecting the final verdict by the end of the year. The scope and dramatic figures of the disaster have been proved, thanks to the extraordinary investigation of the Public Prosecutor’s Office and his assistants, the extremely significant contributions of the experts and the Public Prosecutors’ witnesses, as well as the plaintiffs and the thirty year struggle carried on by the victims’ families. Nowadays, 50 people a year still die from asbestos, a shocking statistic made worse by the horrifying and deliberate planning of the defendants’ fraudulent behavior. They had been aware of the effects of asbestos on the workers’ health since the beginning….however they kept on protecting their profit over the years…. The fair way of the proceedings (53 hearings and 19 preliminary hearings, in addition) is a guarantee for an exemplary and right verdict, not only for us, but in particular for all those people who still have to struggle in three quarters of the planet to ban this murderous dust.