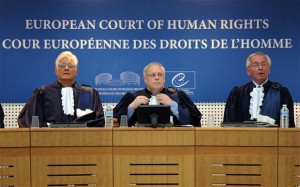 On July 24th, 2014, the European Court for Human Rights (ECHR) has condemned the Maltese government for exposing shipyard workers to asbestos at its docks during the last decades of the previous century.

Malta argued in court that the workers had accepted the occupational dangers of working with asbestos, pointing out that they were provided with such protective clothing and masks as seemed sufficient at the time. Also, that the mere fact that the workers used protective clothing and masks was enough to fulfil the employers’ duty of information that their work was obviously of a dangerous nature; and that the danger money they had received on top of their salaries in compensation of continuous occupational asbestos exposure made the present liability claims unjustified. Unsurprisingly, the ECHR made short shift of these arguments, which are hardly fitting in this age and remind of the terrible English labour law in Victorian times.

Remarkably, the Court reflects on the positive obligation of Member States to take all appropriate steps to safeguard life. This entails above all a primary duty on each State to put in place a legislative and administrative framework designed to provide “effective deterrence against threats to the right to life”. The buzzword is ‘effective’ – what might that mean in practice? Will any public measure that fails to protect against a fatal occupational disease  hence lead to liability of the Member State? That is taking liability extremely – and unlikely – far. Or does the quote refer rather to an obligation of each Member State to use its best efforts to safeguard life? We’ll have to wait and see how this case law develops further.

To read the verdict in full, see