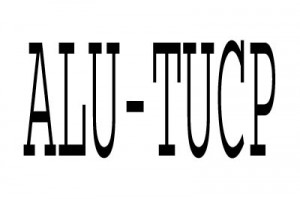 An agent of the lobby group Chrysotile Information Center (CIC) tried but failed to muddle the tripartite technical working group meeting of the National Programmes for the Elimination of the Asbestos-Related Diseases (NPEAD) in finalizing the Philippine standards for asbestos in the workplace a few days ago.

The partners in banning asbestos in the Philippines, the Associated Labor Unions (ALU) and the Building Woodworkers International (BWI) lobbied for Philippine government to lower the country’s threshold limit value for asbestos toxic dust from 0.5 to 0.1 fibers per cubic centimeter of air in an 8-hour work span by revising the guidelines for the implementation of asbestos safety program in the workplace.

Paul Roxas, who said he represent CIC attended  for the first time the meeting of the group held the other day, questioned the basis of Philippine Labor department’s Occupational Safety and Health Center (OSHC) in changing the threshold limit value. The new standard puts the Philippine workplace standards for asbestos equivalent to that of the workplace standards of highly-developed countries.

Mr. Roxas quoted alleged scientific evidence absolving the toxicity of Chrysotile asbestos in asserting asbestos industry lobby arguments. He also aided the Association of Chrysotile Industries of the Philippines (ACIP) representatives in stonewalling the implementation of the guidelines.

However, ALU policy advocacy officer Alan Tanjusay questioned the personality of CIC in the tripartite meeting and accused Mr. Roxas of disrespect and discourtesy to the NPEAD body who had been working and meeting on asbestos issues on various occasions in the last five years. He also warned Mr. Roxas not to delay the proceedings with his arguments that has been disputed by victims themselves, the World Health Organization (WHO), IARC, ILO and other health experts.

Dr. Dina Diaz, resident pulmonologist of the Lung Center of the Philippines (LCP), disproved his argument with authority as a seasoned medical expert. Dr. Diaz is the country’s famous doctor who examined 1,500 workers after being exposed to asbestos while working in the former U.S naval base in Subic, Philippines.

The meeting ended, though, in the submission of the draft to and approval by the highest labor policy-making body the Tripartite Industry Peace Council. The guidelines will take effect by mid-2015. As a pioneering union in the country, ALU is a member of the council.

Ban asbestos Philippines noted the entry of CIC and its agents in the Philippine NPEAD process after sponsoring the trip of a Philippine lawmaker and his wife, one environment and two occupational health officials to the Eternit Manufacturing Plant and to an open-pit Chrysotile mine in Minacu, Goais, Brazil on August 1-10, 2014 under the scheme “Open Doors Program of SAMA S.A Mineracoes Associades.”

The contingent was accompanied by Roxas and another CIC Philippines staff Ms. Ivana Aguiling and representatives from CIC Thailand.

With the entry of CIC in the Philippines, the ban campaign expects it will become more active in Philippine congress in lobbying against BWI and ALU ban asbestos bill and in the NPEAD process that works for the progressive ban of asbestos in the country. ###

ABOUT ALU-TUCP
Founded by dock workers in 1954, the Associated Labor Unions (ALU) had since been the country’s pioneer in championing the ideals of free trade unionism. Along with its affiliates, partners here and abroad, and alliance with the Trade Union Congress of the Philippines (TUCP), ALU has been steadfast advocate of the plight of the toiling masses working in various industries and sectors.The ALU-TUCP partners with Building and Woodworkers International (BWI) in working towards asbestos ban and phase out in the Philippines. The partnership works to eliminate asbestos-related diseases found in public and private infrastructures and buildings such as homes, schools, work places, churches, malls, including power plants and toward ensuring the rights, interests and welfare of regular and non-regular workers are promoted and protected i.e. security of tenure, freedom of association and collective bargaining or collective negotiation and providing limits in the duration and renewal of employment contracts of non-regular workers to enable them enjoy the benefits accorded to regular worker.