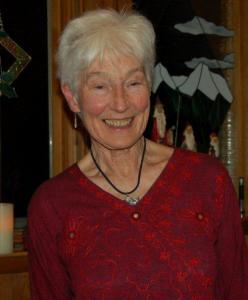 In 2012, Carlo La Vecchia and Paolo Boffetta published an article in the European Journal of Cancer Prevention (EJCP) entitled Role of stopping exposure and recent exposure to asbestos in the risk of mesothelioma. In the article, the authors stated that they had no conflicts of interest and that the article was funded by the Italian Association for Cancer Research.

Both these statements were untrue.

Dr. La Vecchia and Dr. Boffetta were acting as consultants and expert witnesses for various companies facing criminal charges related to asbestos exposure. The Italian Association for Cancer Research had not funded the article.

Dr. La Vecchia is Associate Editor of the EJCP. The Conflict of Interest policy of the EJCP requires that: “Authors must state all possible conflicts of interest”.

In January 2014, over 140 scientists, health advocates and organisations submitted a complaint to the Editor-in-Chief of the EJCP, Dr. Jaak Janssens, regarding the false information and other improprieties related to the article. Dr. Janssens responded that he saw nothing wrong.

In March 2014, a number of scientists and organisations submitted a complaint to the Committee on Publication Ethics (COPE), regarding the fact that the improprieties and the journal’s failure to address the improprieties were contrary to COPE’s Code of Conduct and Best Practices. The EJCP is a member of COPE and is supposed to follow its Code of Conduct and Best Practices.  See: Scientific journals: Do ethical standards apply?

As a result of the complaint to COPE, the journal has now published the following Erratum in which the authors disclose their conflicts of interest and withdraw the inaccurate funding information:

Role of stopping exposure and recent exposure to asbestos in the risk of mesothelioma: Erratum

The authors would like to bring the reader’s attention the conflicts of interest for their review paper (La Vecchia and Boffetta, 2012), and subsequent correspondence (La Vecchia and Boffetta, 2014). La Vecchia has acted as expert witness for the defendants or the judge in criminal trials involving occasional exposure to asbestos, on behalf of ENEL (Rome, Italy), Edison (Milan, Italy), Pirelli Tyres (Milan, Italy) and the Ordinary Tribunal of Turin (Italy). Boffetta has acted as expert witness for the defendants in a criminal trial involving exposure to asbestos in the manufacture of synthetic polymers and risk of mesothelioma (Edison, Milan, Italy).

This work was not conducted with the contribution of the Italian Association for Cancer Research as stated on page 229 and the authors withdraw this statement on the acknowledgement of funding.

La Vecchia C, Boffetta P (2014). A critique of a review on the relationship between asbestos exposure and the risk of mesothelioma: reply. Eur J Cancer Prev 23:494–496.

Complaint to COPE continues to be pursued

It is encouraging that the Associate Editor of the EJCP, Dr. La Vecchia, and his co-author, Paolo Boffetta have finally been required to disclose their conflicts of interest and to correct the false funding information.

The complaint continues to be pursued since other issues contained in the complaint, such as the failure to follow a proper peer review process and the non disclosure of board members conflicts of interest, have still not been addressed.

This entry was posted in Blog, Countries. Bookmark the permalink.