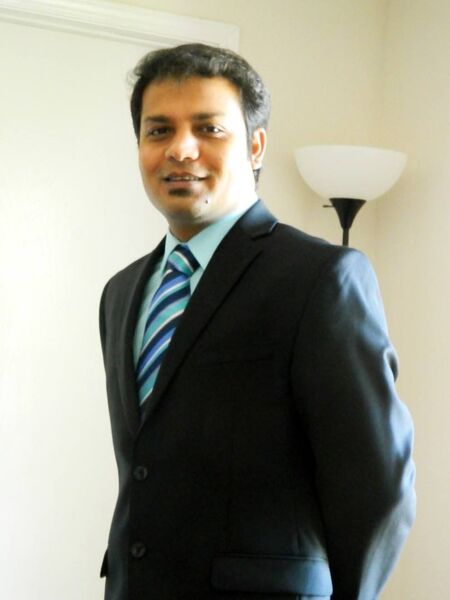 The Asbestos Disease Awareness Organization is honored to have talented journalist Alok Gupta write about the new study finding Asbestos in children’s toys. Voices like Alok’s are necessary to inspire change and ADAO is beyond grateful for his bravery and honesty.

Alok Gupta was born and raised in one of India’s poorest and lawless state of Bihar. After witnessing violent crimes and injustice in the society, he took up journalism to change things for better. He specializes in development and environment journalism. He feels that majority of environment issues impacts the poor more than the rich. It’s the aboriginal who face the stigma of displacement and disease due to mining, drought and floods due to extreme weather is destroying farmers.

A non-profit, Environment Working Group Action Fund’s Asbestos Nation has found traces of lethal cancer causing asbestos in children crayons and crime scene toy kits. Around four out of 28 samples of four crayon brands tested positive for asbestos in the US.

This is not the first time that asbestos has been detected in crayons. Similar tests in the year 2000 and 2007, considerable amount of asbestos were detected in the crayons. Agencies like Consumer Product Safety Commission that monitors toy safety in the US have remained silent on these killer crayons that might be creating havoc on children’s health.

Dr. Philip Landrigan, professor of pediatrics and preventive medicine at Mount Sinai Hospital in New York observes that asbestos in toys poses an unacceptable risk to children, today as it did in 2000 and 2007, the last time tests found the deadly substance in these children’s products.

Campaigners at Asbestos Disease Awareness Organization, a non-profit that exposed asbestos presence in children toy in 2007 are outraged after the findings of EWG. Linda Reinstein, president of ADAO says, “Since asbestos was found in children’s crayons in 2000, an estimated 150,000 Americans have died from preventable asbestos-caused disease and the USA has consumed more than 55,000 metric tons of asbestos. This killer chemical has caused one of the largest manmade disasters in history, yet imports continue.”

Interestingly, in 2007 when ADAO found asbestos in five consumer products including a child’s toy, it submitted a detailed report to The Environmental Protection Agency (EPA) and the Consumer Product Safety Commission (CPSC) but agency didn’t initiate any action.

Damage caused by asbestos inhalation can show its impact even decades after the exposure has stopped. Inhalation of asbestos fibers for prolonged time can trigger serious and fatal illnesses it includes malignant lung cancer, Asbestosis and mesothelioma.

One of the most common diseases caused by asbestos are asbestosis and pleural abnormalities.

Asbestos contamination in the crayons and crime scene testing kit toys is apparently not just limited to the US. The Sydney Morning Herald reports that crayon that have tested positive for containing asbestos is also available in Australia.

Report also states that the National Toxics Network (NTN) has attempted unsuccessfully to alert the Australian Competition and Consumer Commission, the body responsible for the safety of products in Australia about the potential problems.

A simple Google search on availability of four brands Disney Mickey Mouse Clubhouse, Nickelodeon Teenage Mutant Ninja Turtle, Saban’s Power Rangers Super Megaforce and those made by Amscan shows that these products are also available in British and Indian markets

It’s baffling why law-implementing agencies have refused to crack whip on importers or products for playing with children health. Now, the hope hinges on non-profits like International Council of Toy Industries, a non-profit that work to ensure safety standards of toys. ICTYI recently started its Hong Kong chapter that might work towards making safe toys in China, a world leader in toy manufacturing.