“Eternit on Trial in Belgium” by Dr. Barry Castleman 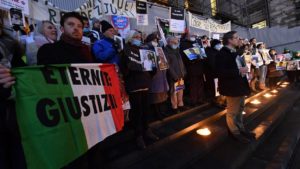 “Eternit on Trial in Belgium” by Dr. Barry Castleman

In Belgium, the trial court awarded 260,000 euros to the Jonckheere family for the death of Eric Jonckheere’s mother in 2000 from environmentally caused mesothelioma.  In the Upper Court of Appeal, Eternit lawyers argued that the cancer was caused by crocidolite asbestos, which the factory in Kapelle stopped using in the late 1970s; and therefore, compensation would be barred by the statute of limitations.  The Jonckheere family’s lawyer, Jan Fermon, argued that three types of asbestos were found in Francoise Jonckheere’s lungs, and that none could be ruled out as causing mesothelioma.  If the appeal court accepts this argument, the statute of limitations would not bar compensation, as the family moved from Kapelle in 1991.

Eternit lawyers also argued that the judgment was excessive for someone dying at age 66.  This is an example of an argument that no defense lawyer would dare to make in a trial before a jury of ordinary citizens.

Eighty-five activists demonstrated in freezing temperatures at the appeal court, and the Belgian media covered this event.  Verdict is expected on March 28.