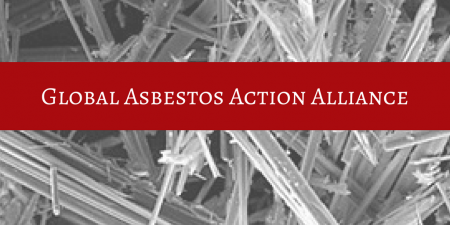 For more than a decade the asbestos industry has blocked the wishes of the rest of the world and refused to allow chrysotile asbestos to be put on the Rotterdam Convention’s list of hazardous substances. A small group of self-interested countries, led by Russia and those that still mine and manufacture chrysotile products, simply refuse to allow it to be listed.

In the meantime more and more workers and communities are being exposed to asbestos and contracting asbestos related diseases like asbestosis and lung cancer.

The Global Asbestos Action Alliance will present a petition with 7000 signatories from around the world to the President of the COP Rotterdam Convention during Tuesday, demanding action on listing chrysotile asbestos at this COP and support for amendments to the convention proposed by 12 African countries to break the veto of any single country to block listing.

Hear from trade union and civil society as well as asbestos victims from India and Indonesia who are demanding immediate action by the countries present at this COP.

Siti worked in an asbestos factory for 23 years in Indonesia. In 2012 Siti was diagnosed with asbestosis. Siti will also speak out on behalf of the 107,000 people who die annually from asbestos-related disease